Do you ever feel today the call of the non-digital? A desire for cunieform? A hankering to learn the Tibetan Naxi Dongba script? A regret that your handwriting has gone illegible?

This summer, I have been dedicating my non-earning-a-living days to learning HTML and CSS, the pixel world of the web. It is a world of grids and boxes-within-boxes and automatic wraps. Nice. Elegant.

And complicated like a m#$&%*er once you get beyond the basics. Not that I do not love the logic of this; I do. The detective part of my brain finds it very satisfying. And it goes well with my love of Photoshop, InDesign, Illustrator, and all things interactive. 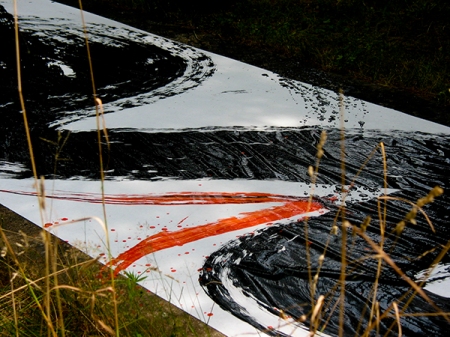 And then I remember that the tail

of a Garamond or Times New Roman letter calls to mind the calligraphy brush. Serif letters are partly about the soft or hard landings of letter strokes. These landings link to the adjacent letterforms and are still believed by many to make for easier reading than sans-serif letters. 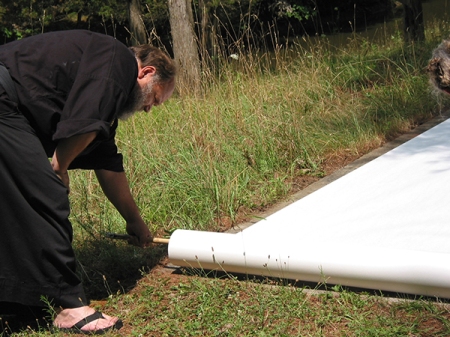 the more pixels I count during my HTML/CSS days, the more I want to escape the box confinement. The digital world we inhabit today was not born of rounded shapes, body shapes, cell shapes, or star shapes. I sometimes miss those shapes shut out of my screen world. Nature is not square.

And so on July 25, I registered once again for a day working with Barbara Bash, well-known Big Brush calligrapher and Buddhist teacher. A remedial course for those of us still wanting to write, draw, or paint by hand. 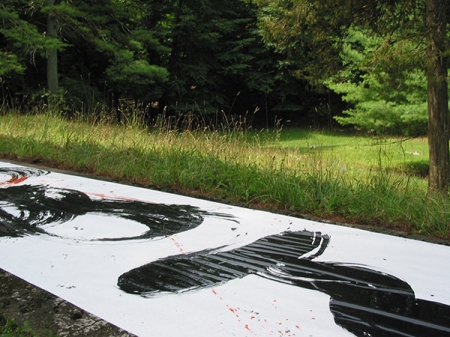 Even though we love the digerati world, there can be something missing for us in days when we work only on digital devices. That something is working with the hand and pencil, hand and pen, hand and brush. I am not new to this path, having studied off and on with Bash since 2005, but I do forget and my handwriting is still illegible.

When Chogyam Trungpa Rinpoche once said, ‘It is possible to make a brushstroke that expresses one’s whole life’ I took that to mean a very LARGE brushstroke. This was the beginning of my Big Brush practice. — Barbara Bash: Big Brush The Journey 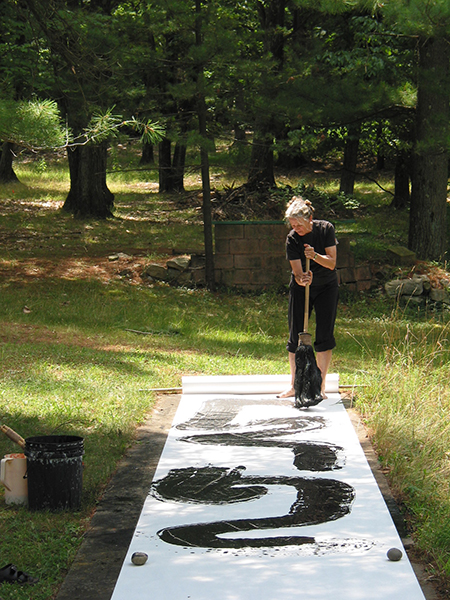 Photographs in this Blog 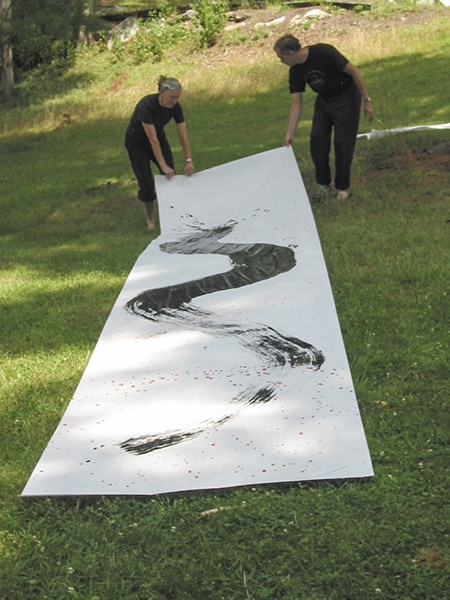 This was a brush and sword workshop led by Barbara Bash and Bob Wing. The big brush strokes were done by instructors and participants during the last day of the session.

© 2005 All Rights Reserved Barbara Kristaponis. If you wish to use any of these images, email me the specifics at bkristaponis@gmail.com. Most (but not all) are available under a Creative Commons license for non-commercial use.

7 thoughts on “Digital Type and the Brush”